The Secret behind the number 11 - Pretty Chilling

Read to the bottom. Try it out. I did and I got goose bumps

If you are a sceptical person - still read on as it's actually very interesting!!

This is actually really freaky!!

(Mainly the part at the very end, but read all this first)

This could be a mere coincidence, but this gets interesting:

Sheer coincidence..?! Read on and make up your own mind:

1) The total number of victims inside all the hi-jacked planes was 254.

Now this is where things get totally eerie:

The most recognized symbol for the US, after the Stars & Stripes, is the Eagle.

The following verse is taken from the Koran, the Islamic holy book:

That verse is number 9.11 of the Koran.
Unconvinced about all of this Still ..?!

Now, try this and see how you feel afterwards, it made my hair stand on end:

Open Microsoft Word and do the following: 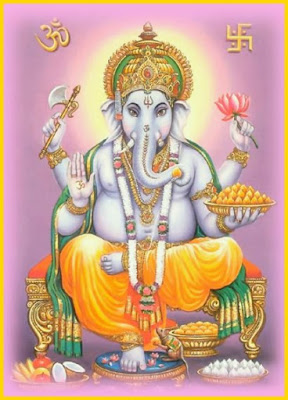 I was relaxing on a holiday today when I came across this article on "the image of Ganesha and its meaning". the article had been written by Kishore Asthana in the newspaper Times of India dated third September. I'm reproducing the article below as I liked it and thought that it would be nice to share.

IMAGE OF GANESHA AND ITS MEANING

The elephant's trunk has the strength to uproot a tree as well as the finesse to pick up a needle. The Ganesha's trunk symbolises the fact that the wise person has both the immense strength and fine discrimination.

Ganesha has large ears. The wise person he has all. He has four hands. In one hand he holds a Lotus, the symbol of Enlightenment. In the other hand he holds a hatchet. That is, the old karma, -- all your sanskars, the accumulated good and bad of past deeds -- get cut when enlightenment comes.

The third hand holds Laddus, the ground sweetmeats. They are the rewards of wise life. Ganesha is never shown eating laddus. The Wise men never partakes of the rewards of his deeds.Hhe is not attached to them. The fourth hand is shown placing the people. The wise man wishes the best for everyone.

Ganesha has only one tusk; the other is shown broken. There is an interesting story is to Ganesha happened to get an elephant's head and one tusk broken. The symbolism of broken tusk is that the wise person is beyond duality.

We tend to think that we end when our bodies end in the material world. We are the first person. All else is different. This duality is created by the mind which creates the ego to help us survive in this world. This 'me-other' duality is the screen keeping us from realising our real self, which is beyond body and mind.

Once we transend this duality, we see the entire universe as a single whole and we become aware of a true selves. The single tusk of Ganesha symbolises this non-duality. Wisdom allows us to see all as one and ourselves as integral part of the whole.

Ganesha is shown in sitting with one foot on the ground and other resting on his knee, above the ground. The wise person is of this earth, yet not entirely of the earth.

Ganesha is shown seated on a rat. The reason for saying that the Ganesha 'rides' on the rat is that rat is among the greatest of all animals. It will keep nibbling at whatever is available, eating everything it can.

Scientifically, too, the rat's teeth keep growing and it has to keep chewing on something to keep these within limits. The rat is a symbol of our senses, which are never satisfied. They crave new experiences, new tastes. Left uncontrolled, they keep growing for ever. The wise person rides on his senses. He keeps them under control.

Ganesha is often shown seated in front of a tray of sweets. In these images the rat is shown sitting in front of the Ganesha, perhaps a bit to one side looking up at him. The senses of the wise persons are under his control and the rat dare not eat the sweets without the permission of the Ganesha.

Ganesha is the son of Shiva and Parvati, the GOD governing the Life-force and the earth mother. This symbolises the spirit and the body of the vice person. Finally, the wise person has the dignity of an elephant.