The bird race in Chandigarh for the year has been conducted on 15 Feb 2015. I missed it two last years so was eagerly looking forward to the race. Like a ‘Fauji’ I tried to prepare: maps - check, vehicle prepare - check, Camera - check, snacks, Route - check and misc - check… What I did not count on was the fever and bad throat I will have on the day of the bird race.

Fever or no - man has to do what he has to do … so gulped in half a dozen antibiotics and was out of the house @5:30 to pick up my team members and go. The team was named ‘Painted Stroks’ and member included myself, Mrs Alpana, Mrs Saroj Gulhati.

The basic stats for the day included, 12hrs 30min spent on road hunting birds. covered 250 km (approx) and bagged 107 species of birds. Oh ! let me not forget to mention that the winning team bagged 180+ birds. In all 200 species of birds were sighted that day. This can make the mouth wide open and turn green with envy the most avid birders I am sure. What a day it was, there were three lifers for me that I clicked that day. As the tradition goes - the beer will be served to all those who care to join me whenever and wherever...

The oldest birder that day was 'young' lady of 73+ (Mrs Inder Grewal) and the youngster of eight  (Master Chirag Sharma, son of Capt Sharma). The event was organised by Mrs Rima Dhillon and Sh Navjit Singh of Avian Habitat and wetland society,Chandigarh. HSBC was the official sponsor of the group. The winning team was "Kingfisher" the team members had an unfair advantage of having group members who can tell with the eyes closed where, which tree and which branch to find a particular bird at any time of the day ;-). All the same Heartiest congratulations is in order to Mr Rajive Das (Team leader) and Mr Siddharth, Prof MS Sekhon, Mr Mahesh Garg and Mr Praveen Malhotra.

Ok I will describe the day in a little bit more of detail. Chandigarh as often say - that it is a little birding heaven in India. Being virtually at the foothills of the Himalayas has the best of both the plains, the hills and a good migration stopover. It also happens to be almost the western most point of the birds that do the East/West migration in India. That being said February is one of the best times for birding. Though like any other place - there were some birds missing but then one cannot have it all - can we ? Well I say that it is one of the best one as winter migrants are here. Also because of snow in upper himalayas - a lot of birds are down in the foothills (like Red fronted Serins and Jays etc), The foliage that was dense earlier starts thinning down and the sunshine is bright.

Of the hotspots that are around Chandigarh I covered the following
1. Chakki Modh
2. Chappar Chirri
3. Mote Majra
4. Chhatbir Zoo area (wild birds only of course)

That being so - what did I miss ? A lot actually. Infact I had included Sukna lake in my initial route that I had planned but dropped it at the last moment as I was running late and expected the Mote Majra to cover up most of the birds that I would have missed.
1. Sukna lake
2. PGI and University area
3. Traffic park
4. YPS park
5. Baddi road
6. Morni

It was almost impossible to include these areas as I was slow by all means but am sure that I would have bagged a couple of dozen or more birds had I speeded up to cover some more area.

All in all - an Adrenalin Rush by chasing so many beauties and gourmet snacks served by the team members made it one of the most memorable Birding days of my life... 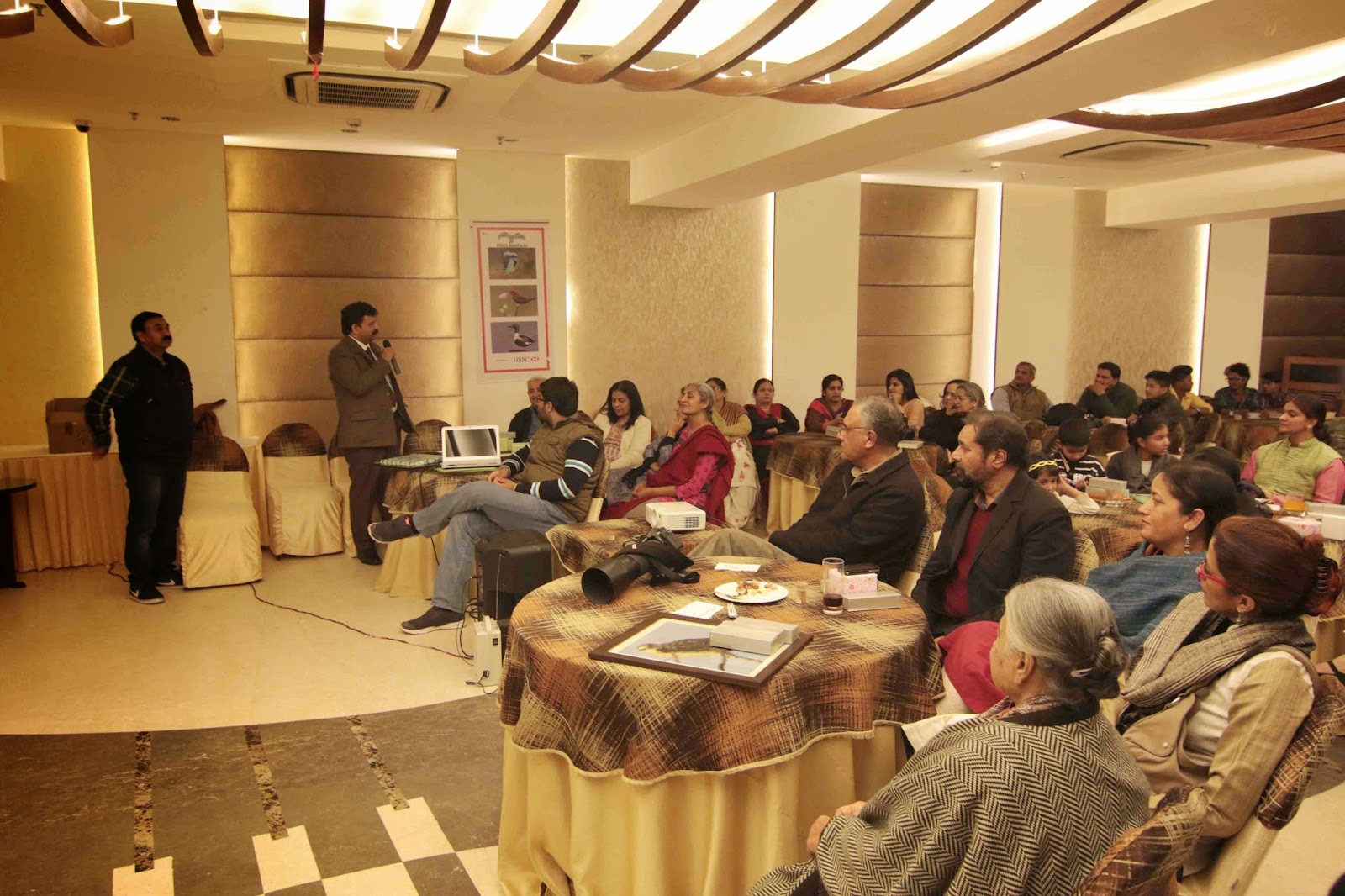 Well before I wrap up the blog there was this small little bit thing - our team bagged the bird of the day. 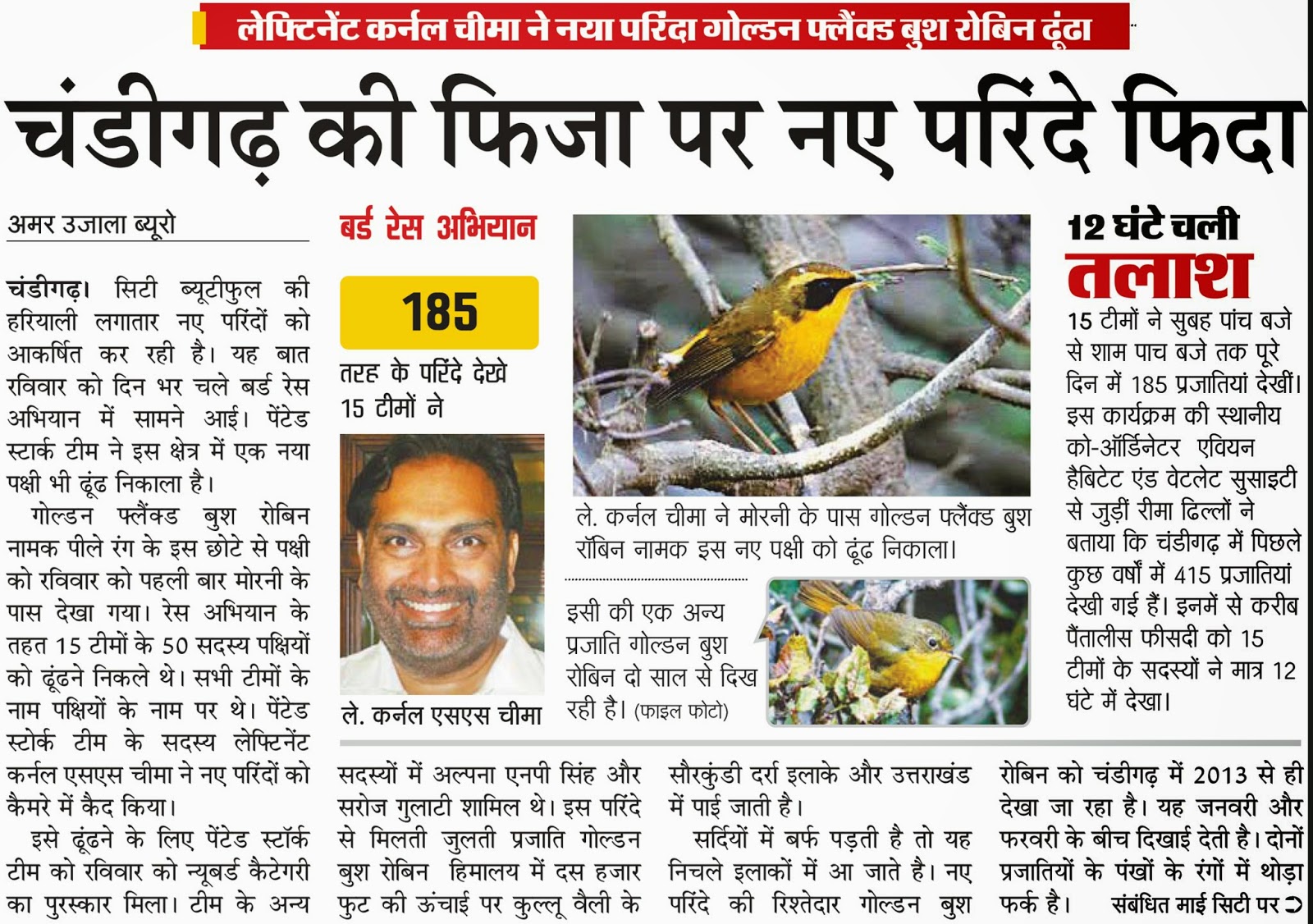