7am to 5pm (phew... a marathon birding session)


7 am on Monday saw us headed out to morni in cold and fog. However soon after we passed berwala the mist cleared away and we were greeted by troops of monkeys and watery sunshine-better than none at all. 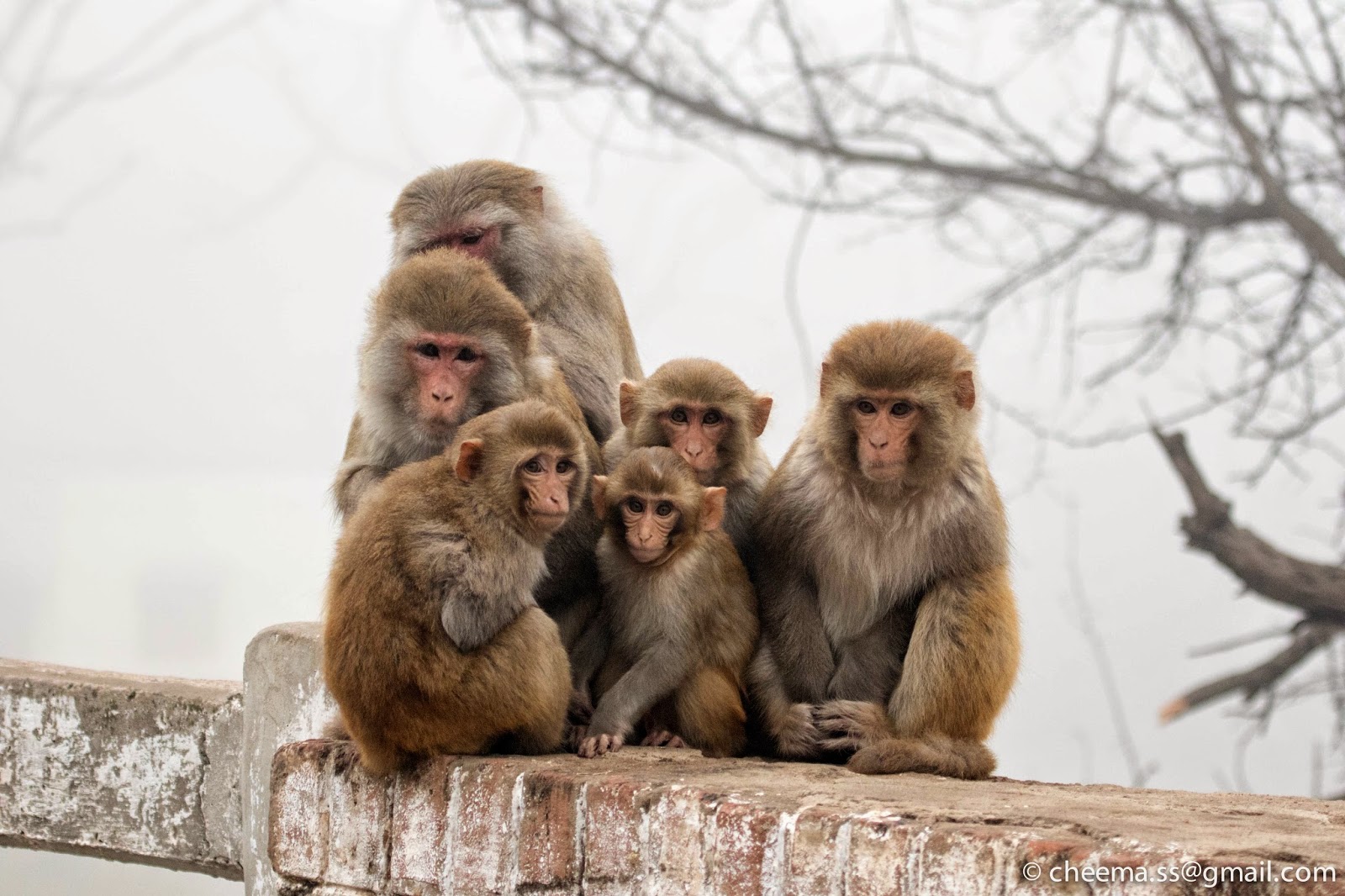 Between three stops for tea and sandwiches, cookies and my ever popular mathis we were able to sight 63 species though we could only hear the Great barbet and the Grey francolin.

The shutterbugs got some great pictures including those of the Asian barred owlets which were sighted thrice at different locations. Himalayan bulbul, red-vented bulbuls and grey-breasted prinia (in non breeding plumage) were seen in abundance, the sky was quite bereft of any raptors-just a few griffons searching for thermals in the far distance.

This trip we decided to give a miss to the Badi Sher area and instead go all the way to Tikkar Taal. It was a good decision as we came upon a pair of Black storks in the lake. Braving the aggressive bull in the field near the lake we tried to get closer to the storks for better fotos but alas jasbir was quickly tagged by them and they took flight.

The return to Chandigarh was via a different route.Just before the fork that bifurcates towards Badisher, there is another road leading down to chandimandir- it is marked by a number of teastalls under a huge banyan tree. Earlier this road was not motorable but now it is properly metalled and much shorter. It is about 14 km to the kalka-zirakpur highway and comes out 200 yards ahead of the toll plaza-the only drawback as you end up paying at the toll plaza!!

We discovered that Haryana tourism has an eco tourism setup with huts etc for staying and nice lawns at Thapla just 5km from the highway.

It was a marathon day as we got home at 5pm but well worth it. (List of Birds is after the photographs) 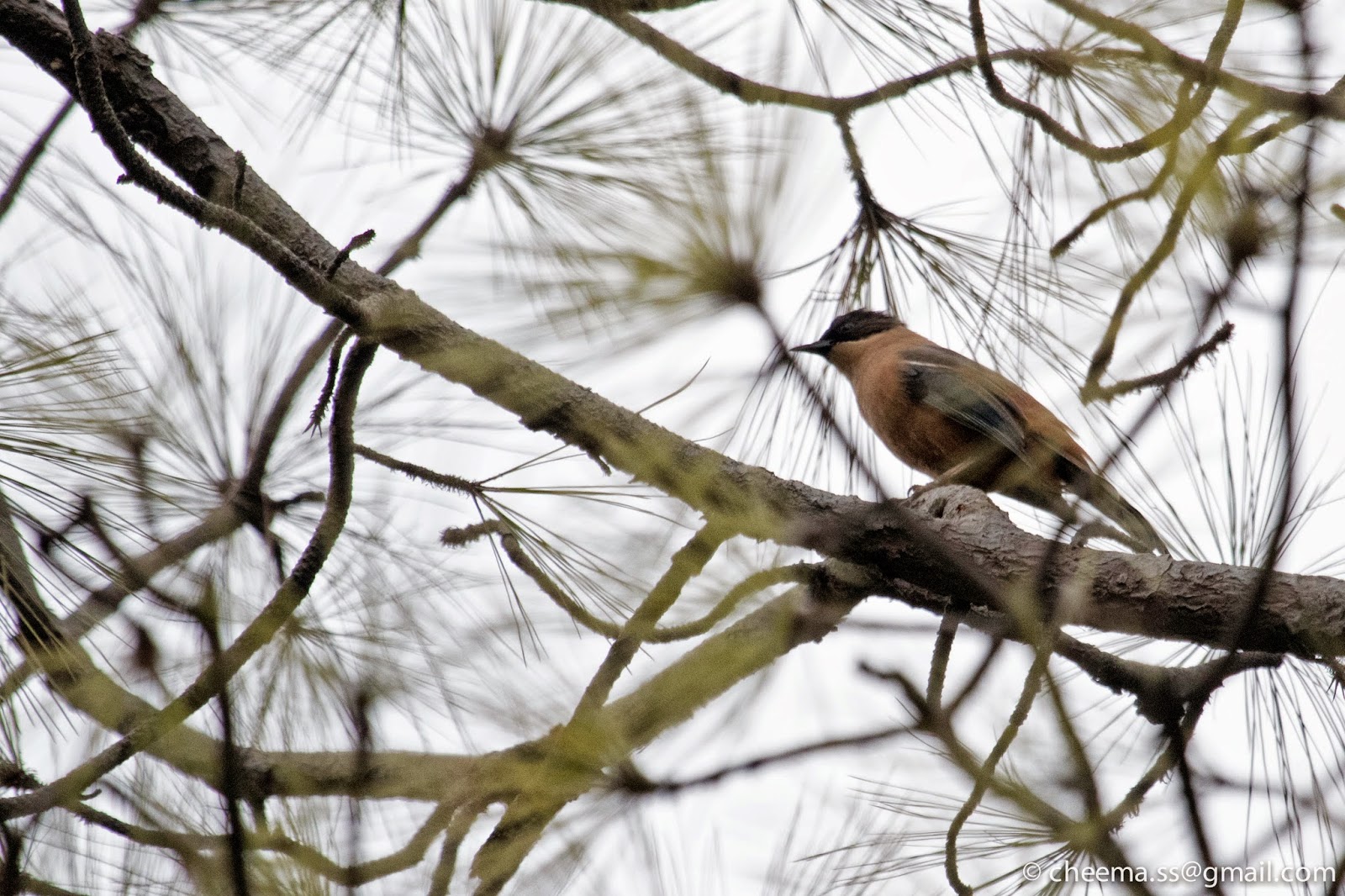 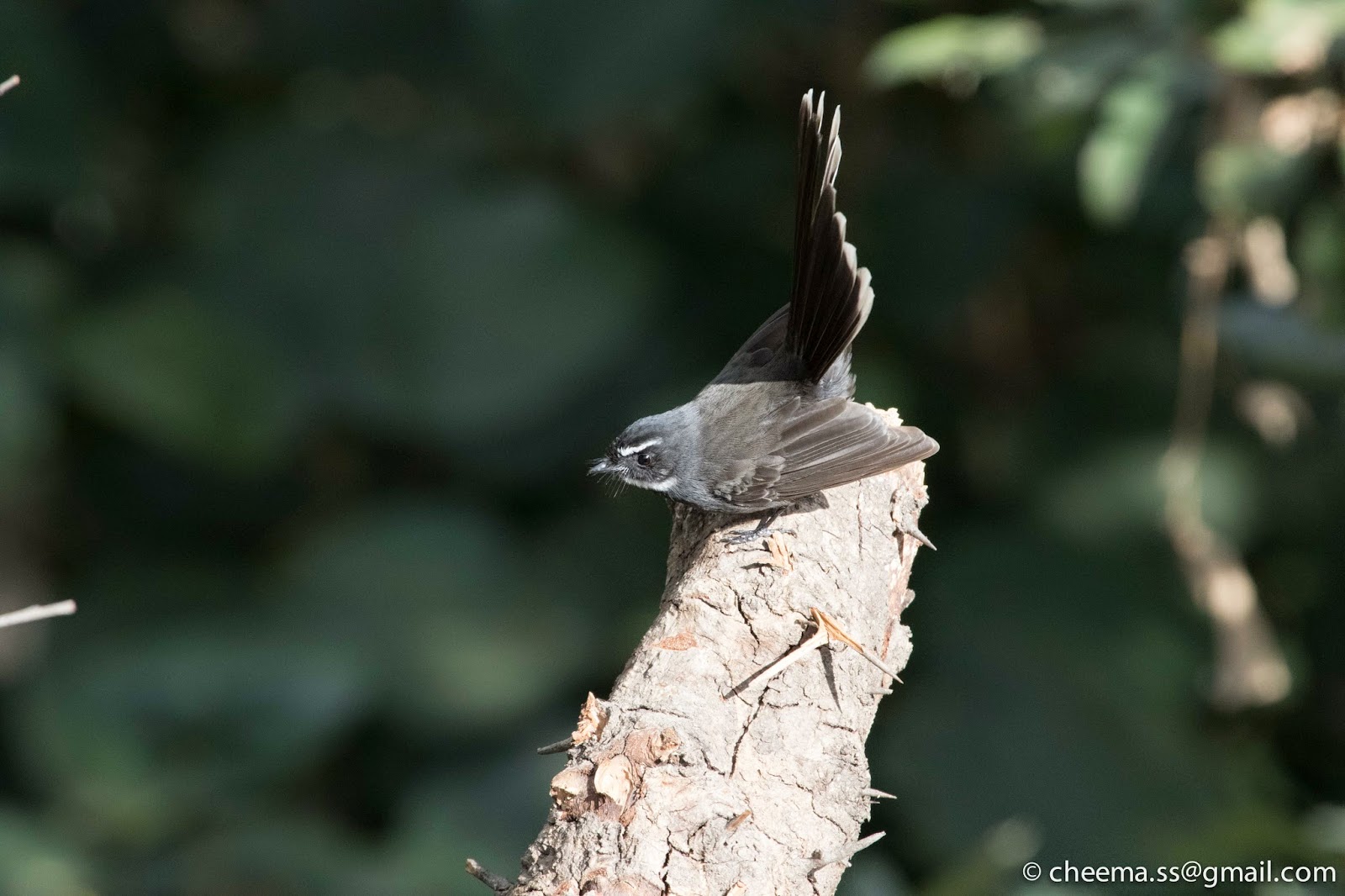 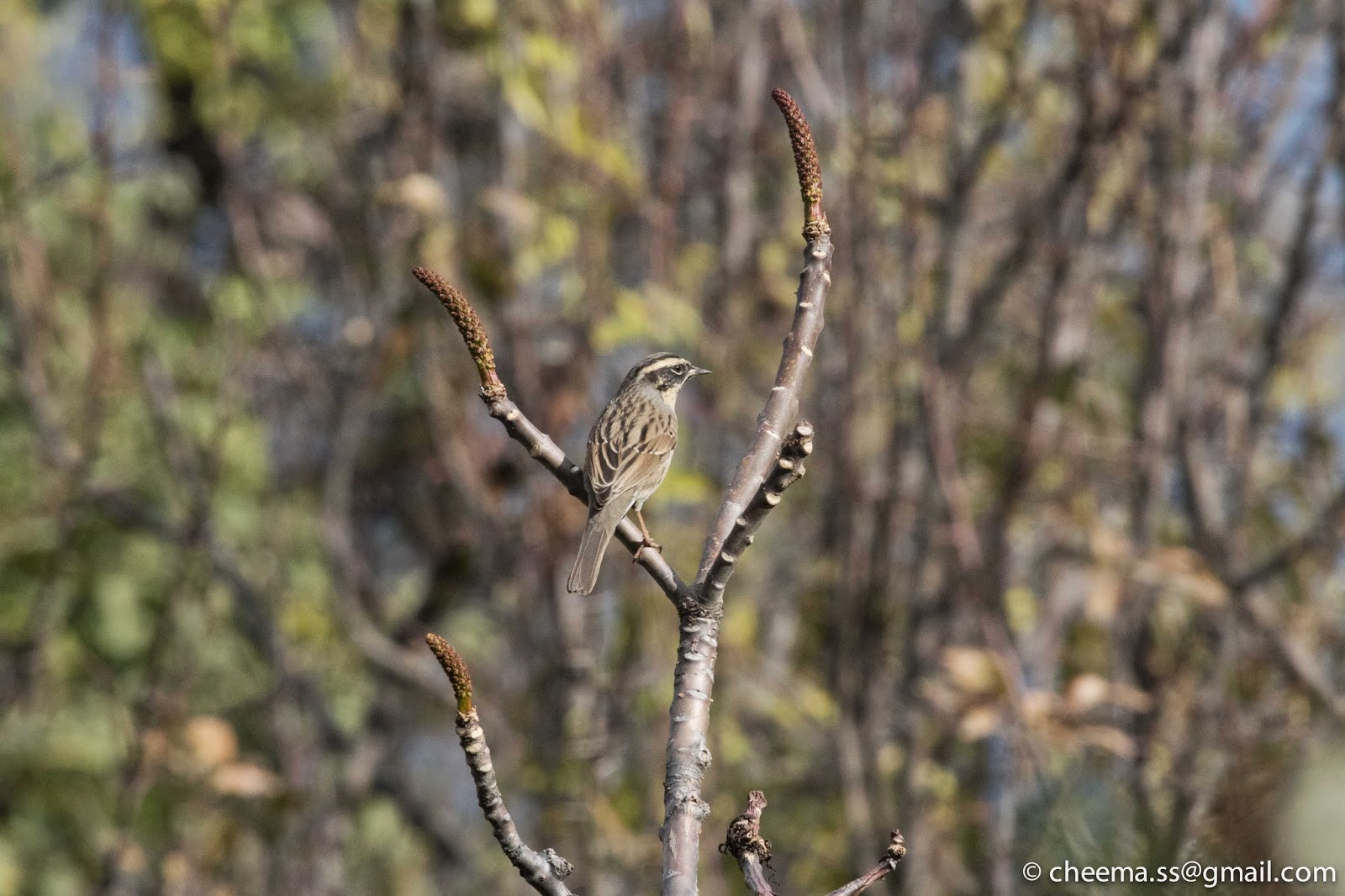 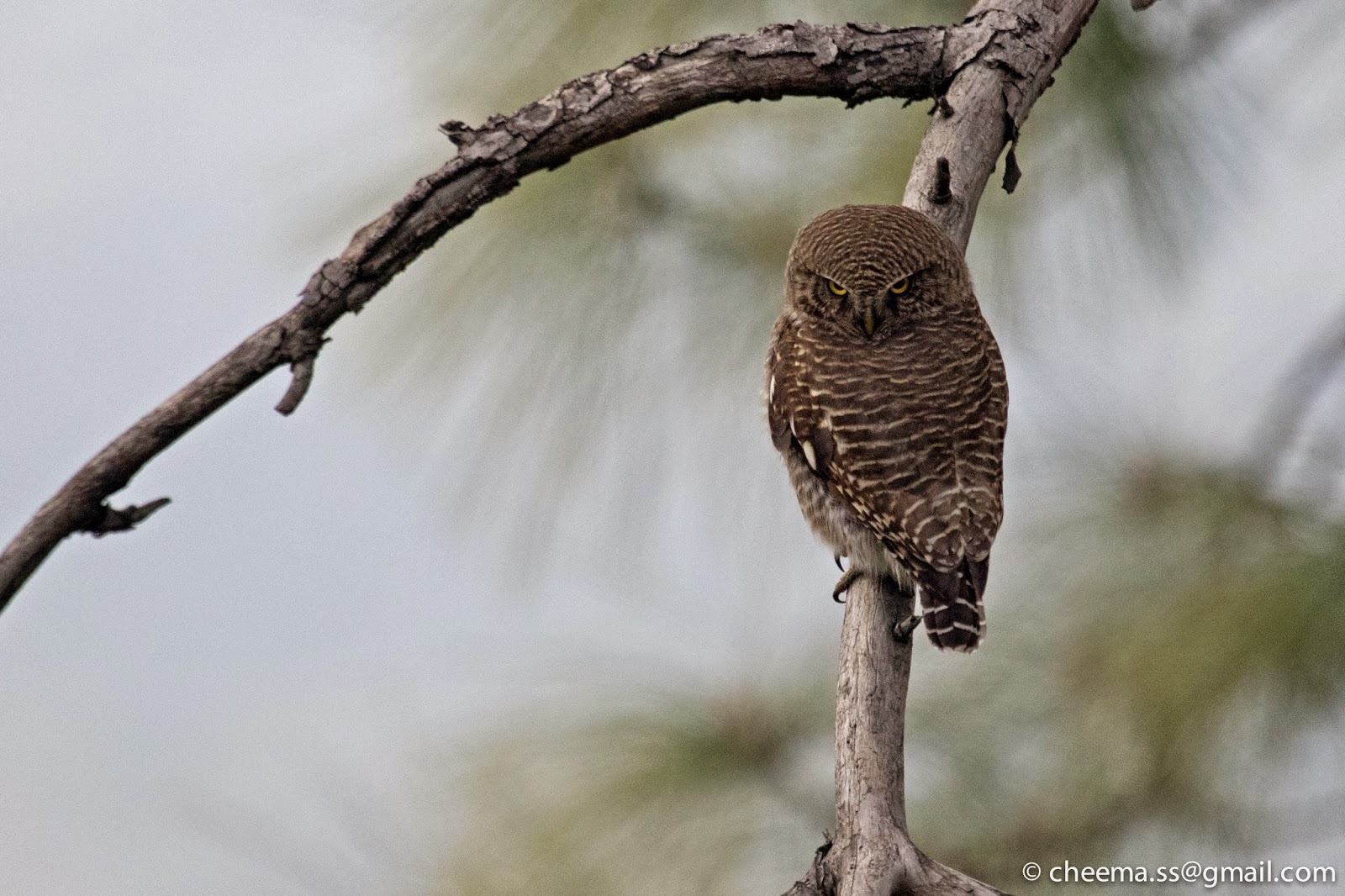 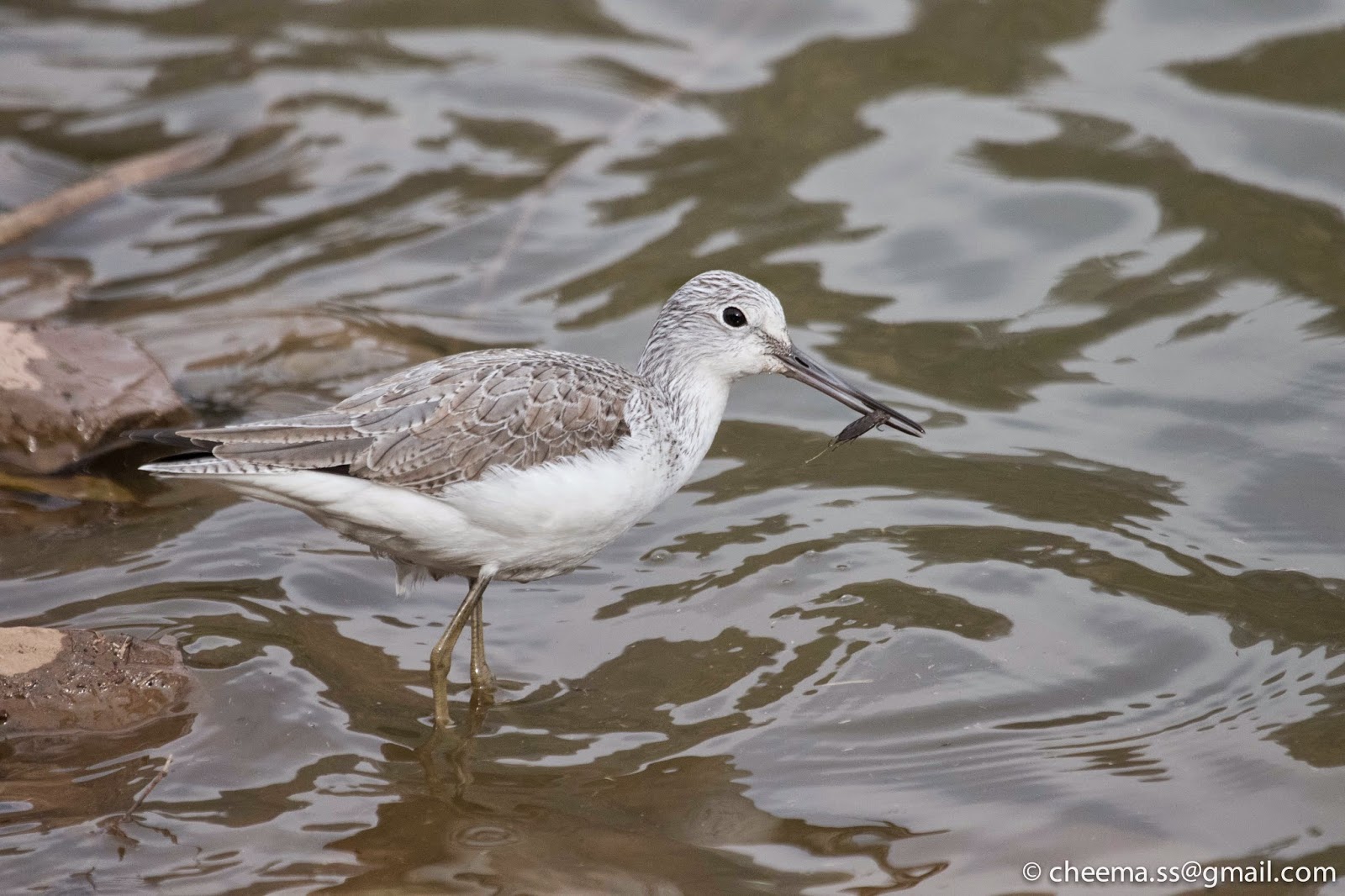 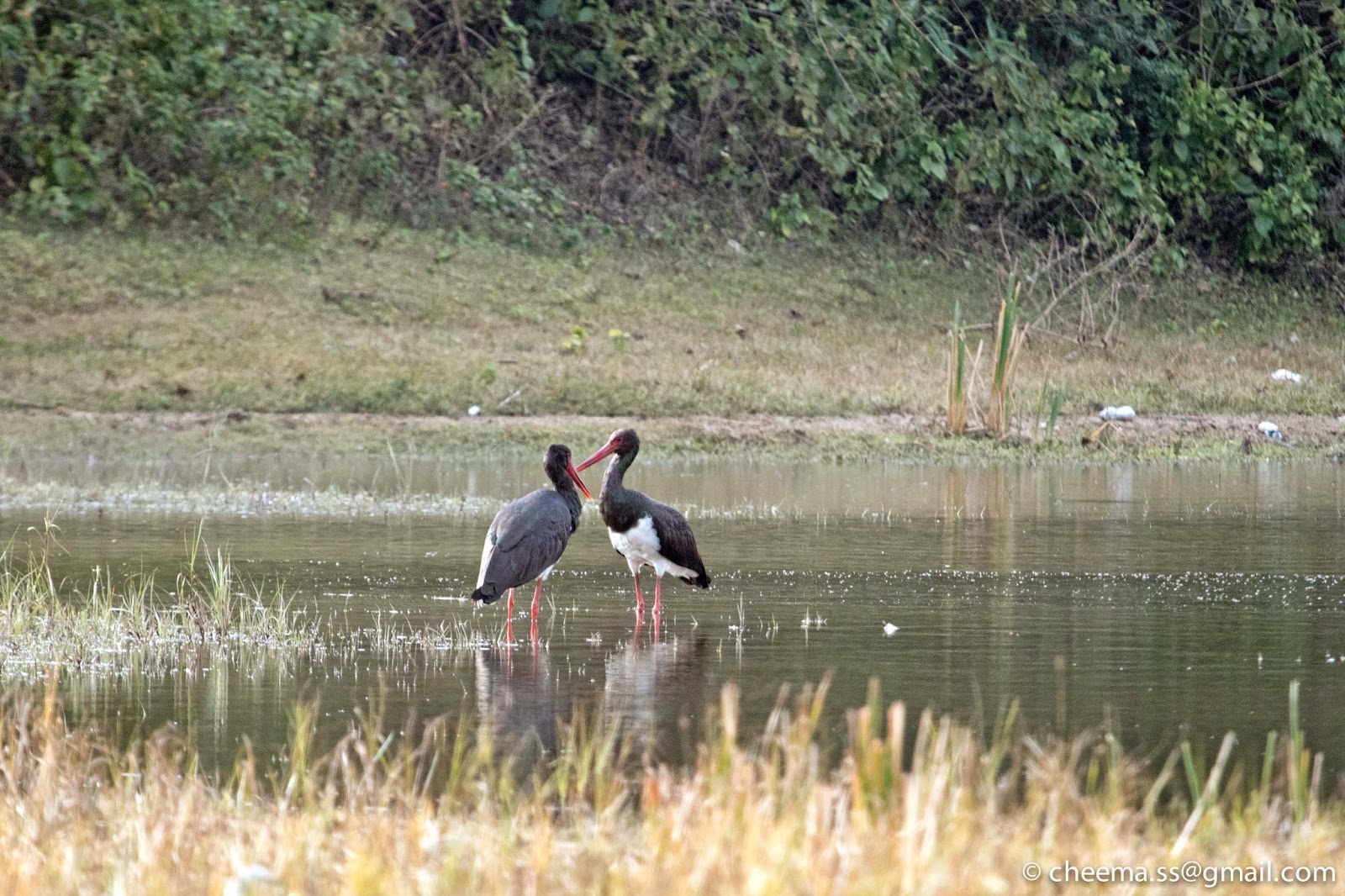 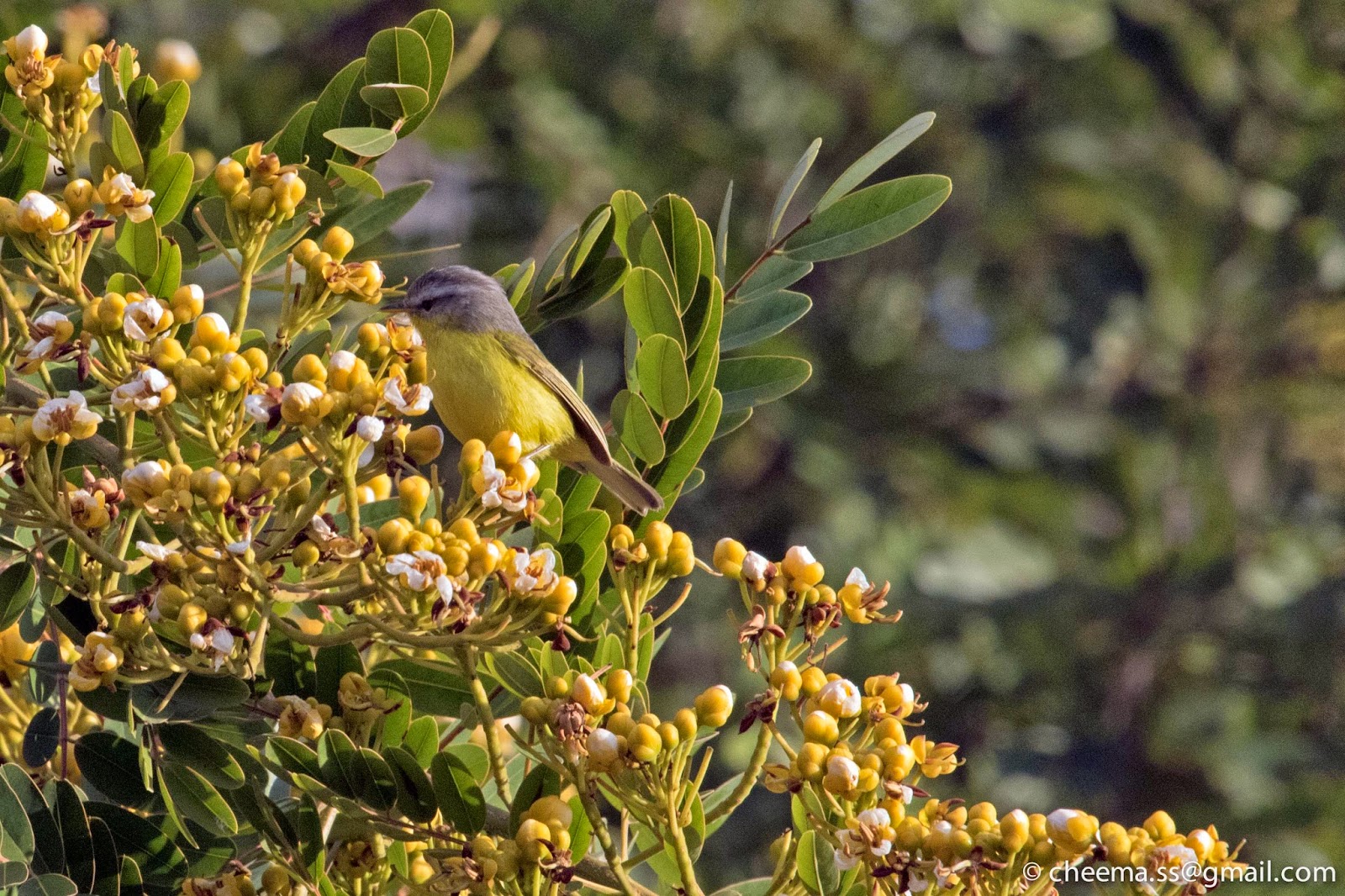 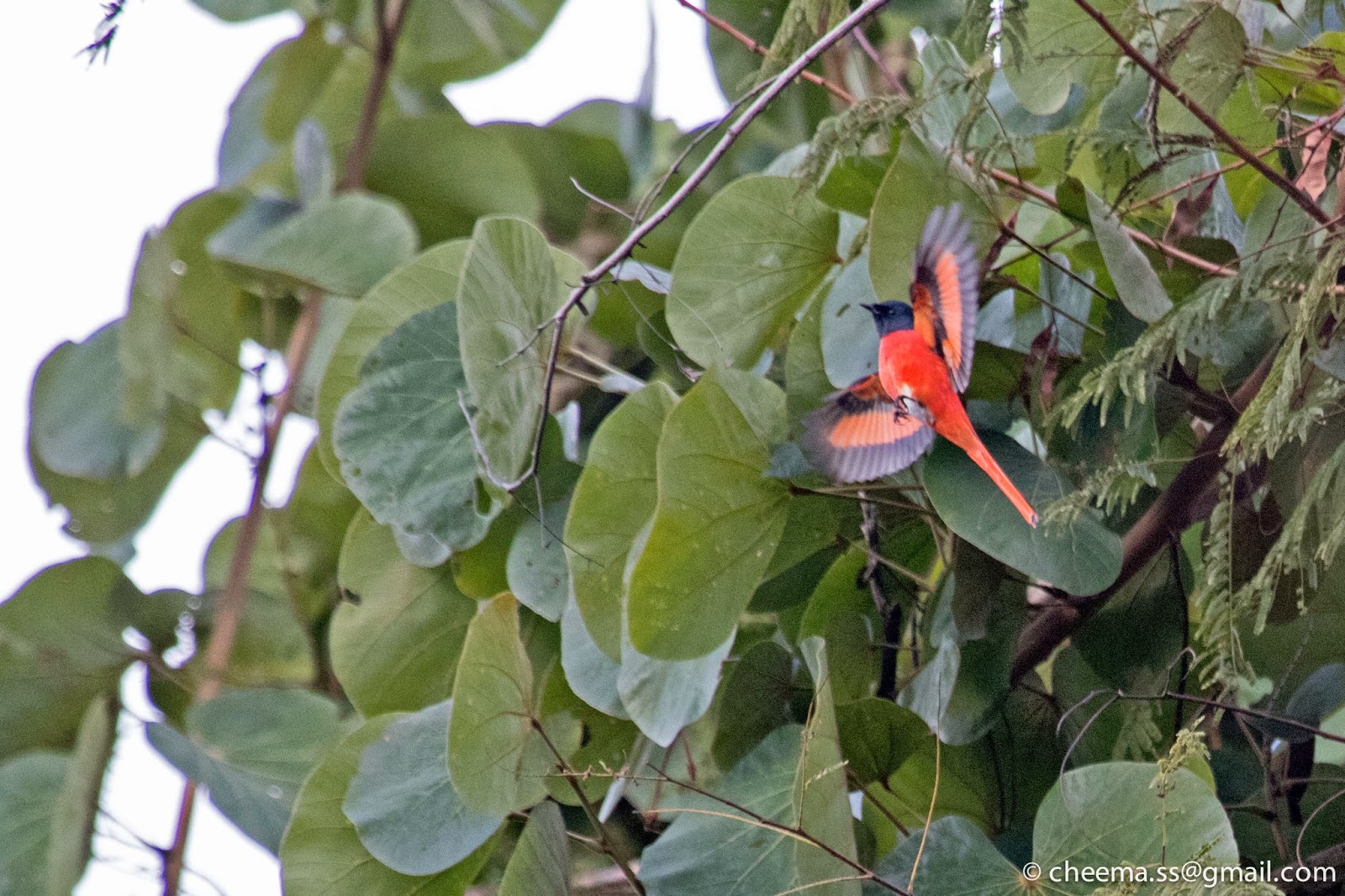 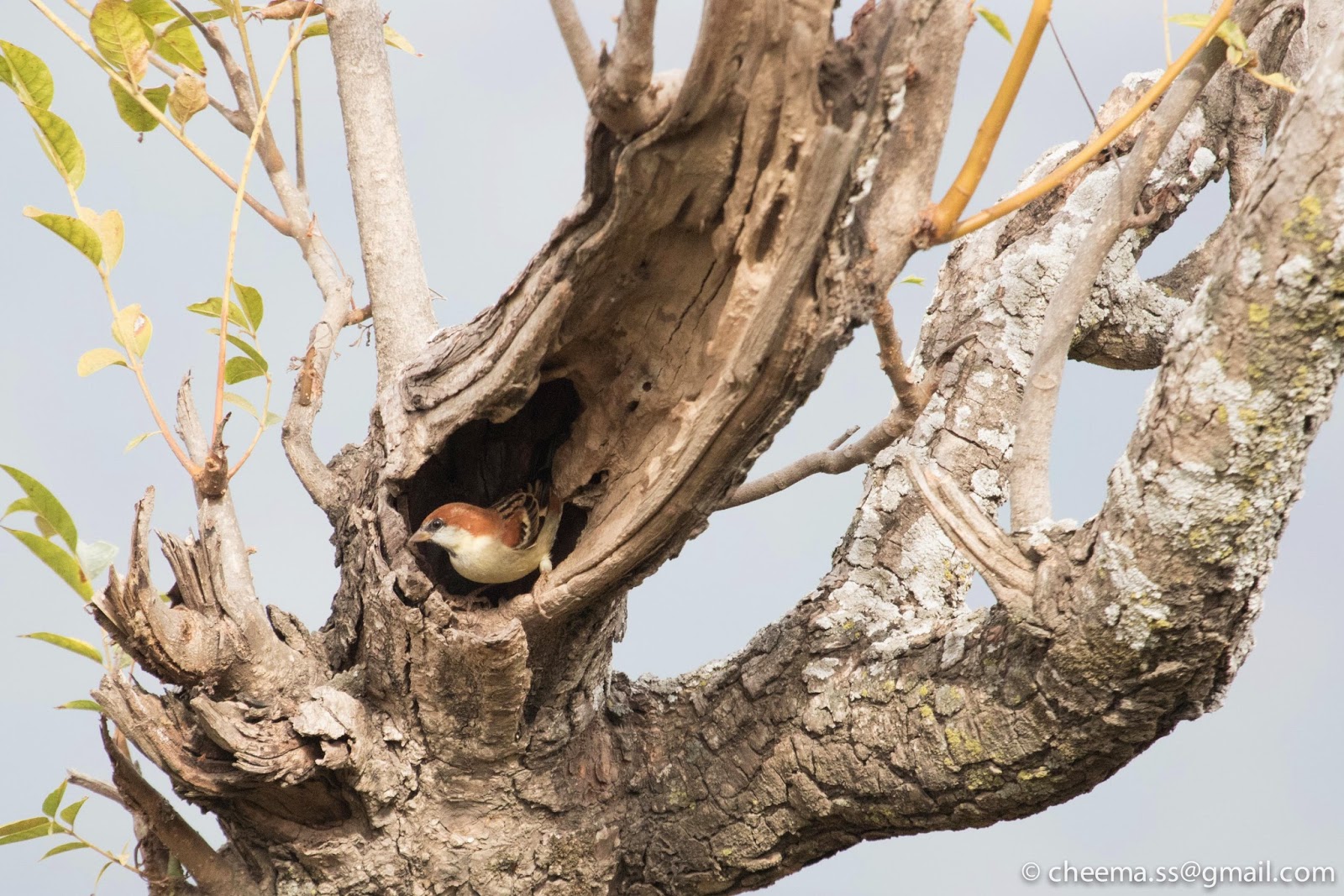 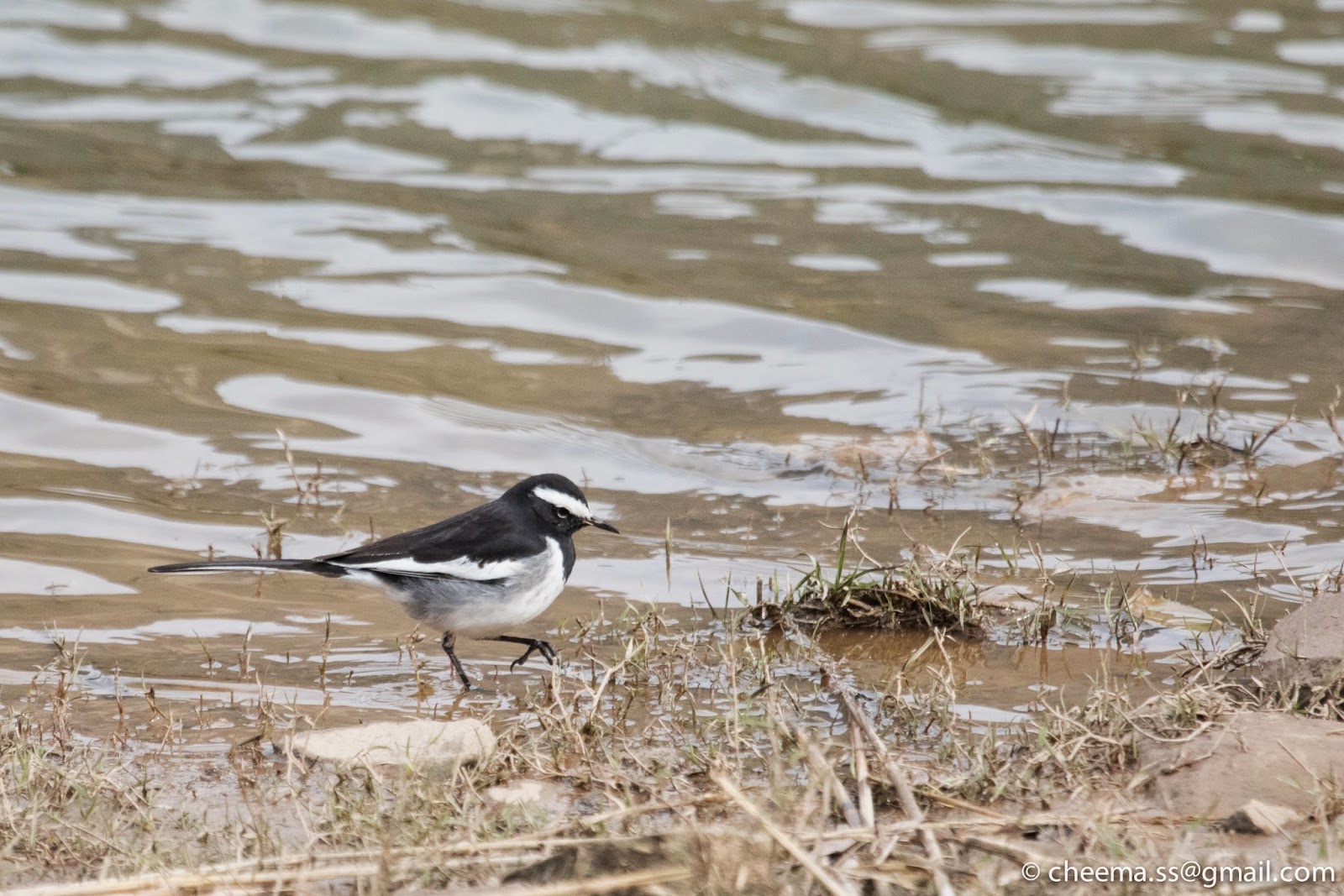